Red Queen is the first book in the Red Queen series by Victoria Aveyard. Despite only being released February 2015 this fantasy/dystopian novel with just the right amount of romantic tension has become one of the most anticipated reads by bibliophiles worldwide this year!

Victoria Aveyard is a screenwriter/YA author who likes books and lists. Her genres include YA, Fantasy, Historical, Adventure and Apocalyptic.

This world is divided by blood- Red or Silver.

The Reds are commoners, ruled by the Silver elite in possession of God-like superpowers. And to seventeen-year-old Mare, a Red girl from the poverty-stricken Stilts, it seems like nothing will ever change.

But Mare possesses a deadly power of her own.

One that threatens to destroy the balance of power.

Fearful of her deadly potential, the Silvers hide Mare in plain view, declaring her a long-lost Silver princess. Knowing that one false move will mean her death, Mare must use her new position to bring down the regime – from the inside.

Now Mare has entered a game of betrayal and lies.

This is Reds against Silvers, prince against prince, and Mare against her own heart…

So.. I read this book as part of the read along with my friends Katrine and Hailee !!

We read this book over the period of four weeks reading 7 chapters a week and discussing those chapters in our good reads group #RedQueenReadAlong. THIS BOOK WAS JUST…WOWWWWWWWWWWW. THAT PLOT TWIST.

For me in the first few chapters I found it a little hard to get into but thankfully by chapter 4 I was hooked in!!! Although a lot of people have compared this book to Suzanne Collin’s best-selling trilogy ‘The Hunger Games’ which I myself am a HUGE fan of, as its what got me into the world of book blogs and bookstagram, I found this book to be very different and extraordinary in its own right.

The story revolves around the main character Mare Barrow and explores the world around her divided between Reds and Silvers. Silvers are the hierarchic of society and hold all power over the Reds as they have powers the Reds do not – think X Men powers. The Reds are forced to serve the Silvers which they hate and either work for them or face conscription and a life at war. However the Reds are sick of being treated like filth and a group named the Scarlet Guard start a rebellion that changes everything.

I loved Mare’s character and how despite she is a thief , she’s doing it to protect her family so they can be happy. I also loved just how much of an overall bad ass she was. And the silvers… wow okay think President snow and the X Men all rolled up together- pretty something. But honestly I could not recommend this book highly enough IT WAS AMAZING arghhhh!!! I NEED GLASS SWORD LIKE RIGHT NOW ASAP.

I recommend this book to anyone who LOVES a good fantasy read that will totally blow your socks off!! 🙂

For a book that is packed with Mystery, suspense and a KILLER plot twist I give this book 5/5 stars ⭐️ 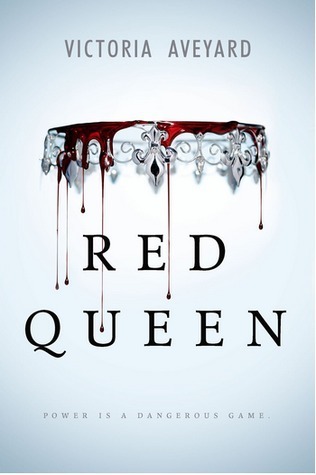 This site uses Akismet to reduce spam. Learn how your comment data is processed.

Song of the Month